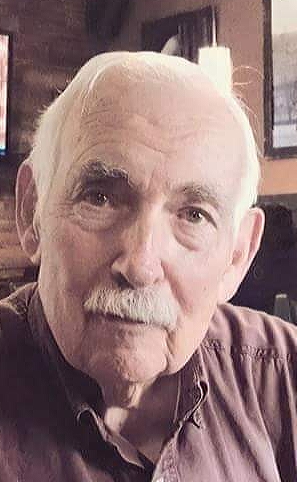 Albert Cordell Keeling (Al), 87 of Keysville, Virginia passed away on Thursday, March 12, 2020. Al was born in Keysville on October 20, 1932. A 1951 graduate of Randolph-Henry High School, Al then had a long career as a field engineer with Burroughs Corporation and later Unisys based in Richmond. Longing to return to his home, Al worked to clear land and build a home for his family in Keysville and was fortunate to enjoy a long retirement on his property. Al was an active member with the Keysville Ruritan Club, Ash Camp Baptist Church, and the Masonic Club of Virginia. Al and his wife Peggy enjoyed traveling to see family and friends and was often driving groups in his van to Virginia Baptist conferences and craft shows around the area. Al delighted in caring for his abundant bird population. His favorites were the hummingbirds, and he anxiously awaited the first scouts to arrive looking for nectar in the Spring. Al is survived by his two daughters (Angie Woodruff and Katie Keeling Clatterbuck) and four grandchildren, (Hannah Woodruff, Nolan Woodruff, Madeline Clatterbuck, Walker Clatterbuck) as well as numerous nieces and nephews. Al was preceded in death by his wife of 56 years, Peggy Hilliard Keeling, and his parents, Warren Arthur Keeling and Murrie Venable Chick. He was also preceded in death by brothers, Arthur, Gilbert, Byron, Robert, John and Eugene and by sisters, Dorothy, Lois, Maxine and Rose Marie.

Visitation will be at Browning Duffer Funeral Home in Keysville on Tuesday, March 17th from 7:00-8:30 p.m., and a graveside service will follow on Wednesday, March 18 at 11:00 am at Ash Camp Memorial Cemetery, Keysville. In lieu of flowers, donations in Al’s memory can be made to the Charlotte County Volunteer Rescue Squad.