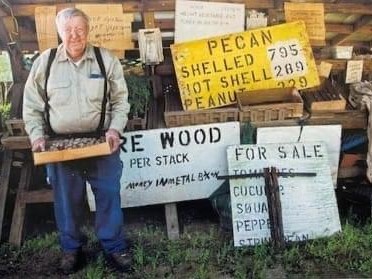 Whether he was working in the garden, or selling his pecans, Charles had the biggest heart and a passion for people.  He never met a stranger, and always carried a good story, but would never tell one, until he heard all about you.

Charles retired from the Gwinnett County School System, and proudly served his country in the US Navy.

The family will receive friends from 3 until 6 p.m. on Sunday, October 3, 2021 at Bill Head Funeral Home, Duluth, Georgia.

In lieu of flowers, the family requests donations be made to the following gofund.me https://gofund.me/8ac9a627