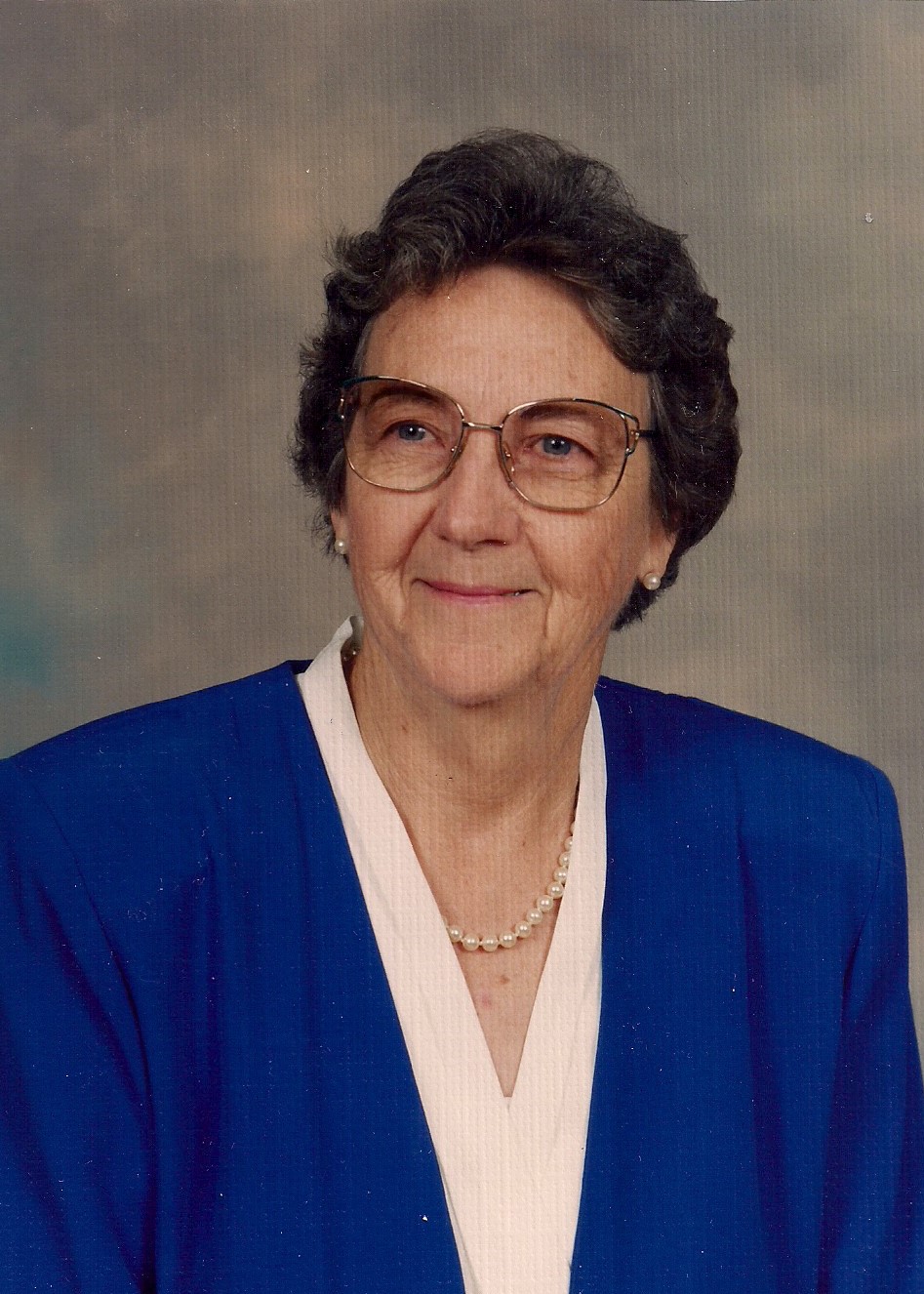 After several months of declining health, Faye Fore Puckett went home to her Lord and Savior on Tuesday, March 29, 2022. She is survived by her daughter, Audrey (Mike Church); son, Mark (Alice); grandchildren, Sam Church (Alice), Chelsie Novitske (Dylan), Andy/Dayna Puckett (Deanna), and Lindsey Puckett (Kyle Sterry); great-grandchildren, Sawyer Michael and Aubree Paige Church. She was preceded in death by her husband, Aubrey Green Puckett; stepson, Aubrey Alan Puckett; parents, Tom and Maggie Fore; siblings, Arden, Enia Mae, Edith, Bob, and Thelma Ann; and great-grandchildren, Aubrey Michael and Adaline Belle Church.
Born on a snowy April morning in 1928 in a coal mining town in Harlan County, KY, Faye graduated from London (KY) High School and went on to become a registered nurse, graduating from Johnston Memorial Hospital School of Nursing in Abingdon (VA). Her first jobs were as an operating room nurse in San Antonio and Cincinnati. She came to Keysville in 1953 when she and Aubrey married and spent the next several decades as wife, mother, and homemaker. She returned to nursing in the early 1970s, first as plant nurse for Burlington Industries in Drakes Branch and then as a public health nurse for the Charlotte County Health Department, a position that she held until her retirement in 1993. When she retired, she, her sister-in-law, and two friends went on a grand six-week road trip out west with Faye driving because she was the youngest of the four!
Faye was an avid baseball and softball fan, especially if a family member was on the field. If anyone wanted to know the score at Mark, Sam, or Chelsie’s game, all they had to do was ask Faye because she always kept score. One of her great interests was genealogy, and she traced her family and Aubrey’s back many generations.
Faye was a quiet fighter, surviving numerous bouts with cancer, a kind soul, and a friend to many. She volunteered with the American Cancer Society, went on a mission trip to Mexico, and was a loyal member of Ash Camp Baptist Church, participating regularly in church activities until her health prevented her from doing so.
A funeral service will be held at 11 a.m., Thursday, March 31, 2022, at the Browning-Duffer Funeral Home in Keysville, VA, with interment to follow in the Childrey Baptist Church Cemetery, Nathalie, VA. Donations in her memory may be made to Ash Camp Baptist Church or to a charity of your choice. The Browning-Duffer Funeral Home of Keysville, VA, is respectfully serving the family.