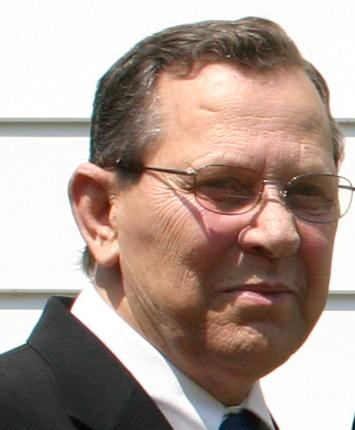 On May 28, 2020, Floyd Leftwich Garrett, Jr., went to be with the Lord. He was born May 26, 1939, to the late Floyd Leftwich Garrett and Gracie Drinkard Garrett. He was preceded in death by his wife of forty-four years, Andrea “Lou” Swalley Garrett; two sisters, Viola Brown and Christine Berrell.

Floyd graduated from Worsham High School and joined the Army National Guard. He served as a private stationed at Fort Jackson in South Carolina, and was honorably discharged in 1961. He worked at Ellington Energy Services until his retirement in 2004. Floyd loved his family dearly especially his grandchildren for whom he will forever be remembered as “PAPA”.  To his sister’s he will be forever remembered as “Sonny”.

A private Graveside service will be held Sunday May 31, 2020, at 2:00 pm at Douglas Presbyterian Church Cemetery in Farmville, VA. Due to Covid-19 all safety protocols will be followed, including social distancing. The Browning-Duffer Funeral Home in Keysville, VA, is serving the family.