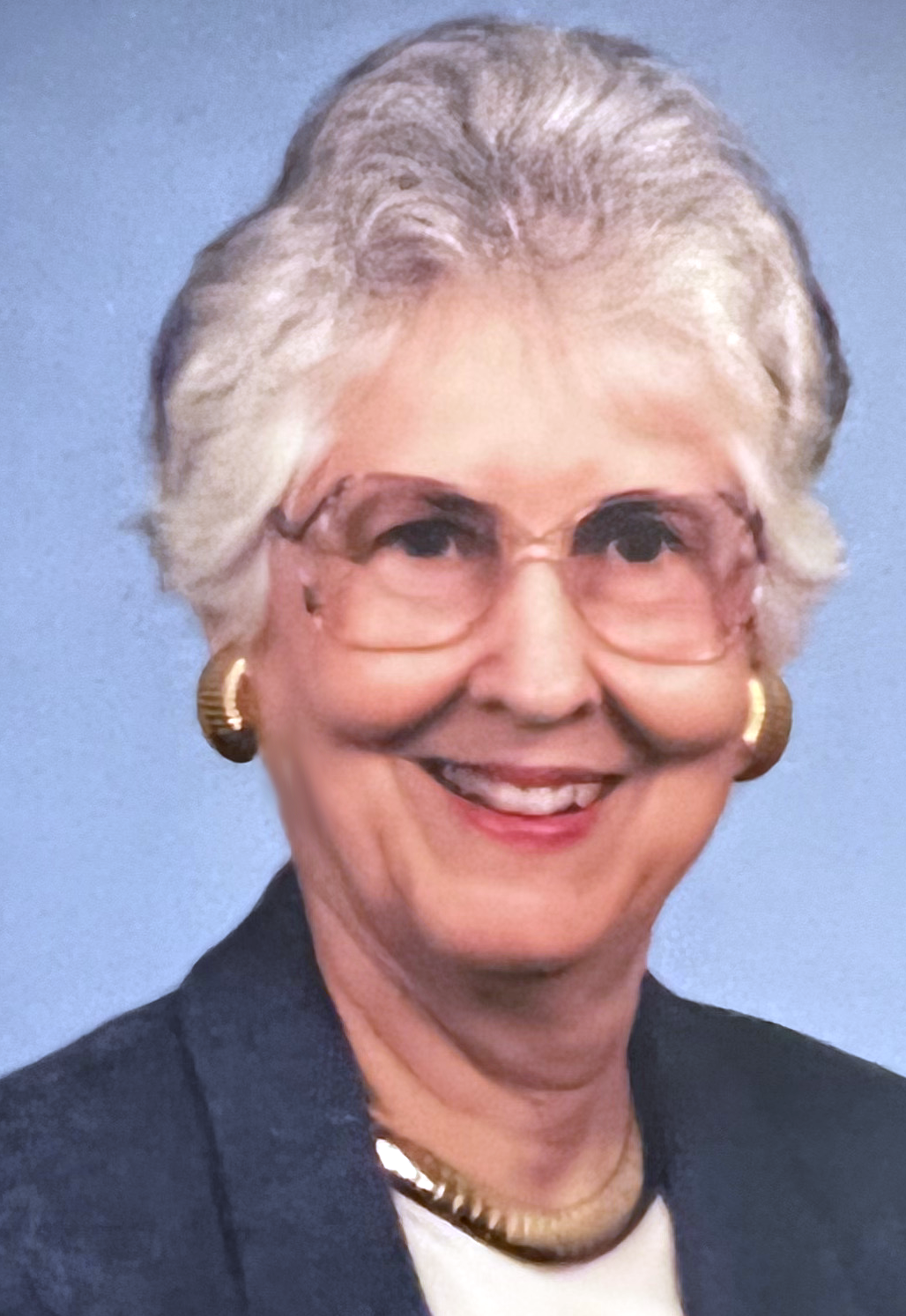 Harriet Purcell Garrett of Charlotte Court House passed away on August 8, 2022.  Born on May 31, 1927, Harriet was preceded in death by her husband of 56 years, Leo Rosser Garrett, and her son, Leo Rosser Garrett, Jr.  Harriet was a member of Charlotte Court House United Methodist Church for the last 71 years where she served as President of the Farmville District United Methodist Women from 1993-1996, President of  her local UMW before resigning due to health a few years ago.  She and her husband also headed up the Methodist Youth Fellowship and took Methodist children camping in the mountains.  Harriet always served willingly in almost every church capacity throughout the years including heading up the community three-church Bible School for many years.  She loved serving God!  She faithfully visited the local shut-ins weekly with food, fellowship, and a prayer and also those in nursing homes as long as she was able and was a loving neighbor.  She loved her yard, her flowers, company as she reclined on her sofa in her sunroom, and her family.  She wanted the best for each of them and tried to ensure their lives were filled with blessings. She was a true Christian servant, who read her Bible daily, prayed for others and relied on His Word.  Harriet, a graduate of Longwood College, was also a member of DAR and Charlotte County Retired Teachers Association, after teaching Home Economics and an Elementary Librarian.

Surviving are those she loved so dearly, her son, Lee Vernon Garrett and wife Sandra Schutz Garrett of Indianapolis, Indiana and daughter-in-law, Kathy Clements Garrett of Halifax.  Her five grandchildren, Leslie McPhail Garrett, who came to live with her thus enabling her to remain at home, Kevin Rosser Garrett of Halifax, Allison Lee Garrett Heinekamp (Matt), Laura Marie Garrett, and Matthew William Garrett of Indianapolis and four great-grandchildren, Lydia, Garrett, Theo, and Colbie Heinekamp.  Other surviving family members include sister-in-law, Lucille Blanks Purcell and her daughter Ruth Purcell Williams (Wayne) and their children, Jeremy and Andrew Williams.  She was preceded in death by her brother, William Purcell, Jr. and nephew, Dr. William (Billy) Purcell III.