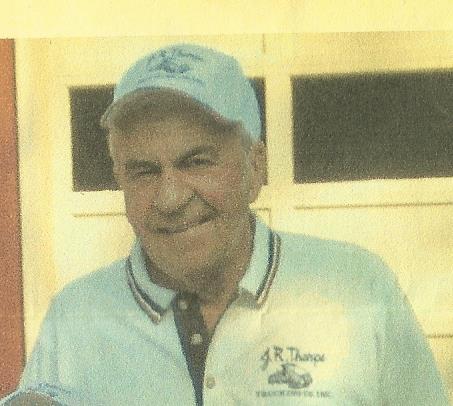 James was a very hard working man from a young age. In his earlier years he drove a truck for Huss Trucking in Chase City, worked at Ponton Pallet Co., in Drakes Branch, and had several business endeavors including packaging and selling his own table meal.  He started J. R. Tharpe Trucking Co. in 1971 and dedicated himself to the growth and success of the family business which still operates strong today.  James loved spending time with his family, and took pride in teaching his children and grandchildren his strong work ethics.  Raising a garden was considered his hobby and he did it very well.  Listening to country music, dancing with his wonderful wife, and watching his grandbabies dance were some of his favorite things. He was a member of Lebanon United Methodist Church and was devoted to helping his church family and his community any way he could.  He was respected and loved by many and will be missed dearly.

A funeral service will be held at 2 p.m., Tuesday, October 8, 2019, at Lebanon United Methodist Church, Drakes Branch, with interment to follow in the church cemetery. The family will receive friends at the church one hour prior to the funeral service. Donations may be made to the Lebanon United Methodist Church Cemetery Fund, The Barksdale Cancer Foundation, or flowers are welcomed. The Browning-Duffer Funeral Home in Keysville, VA, is serving the family.