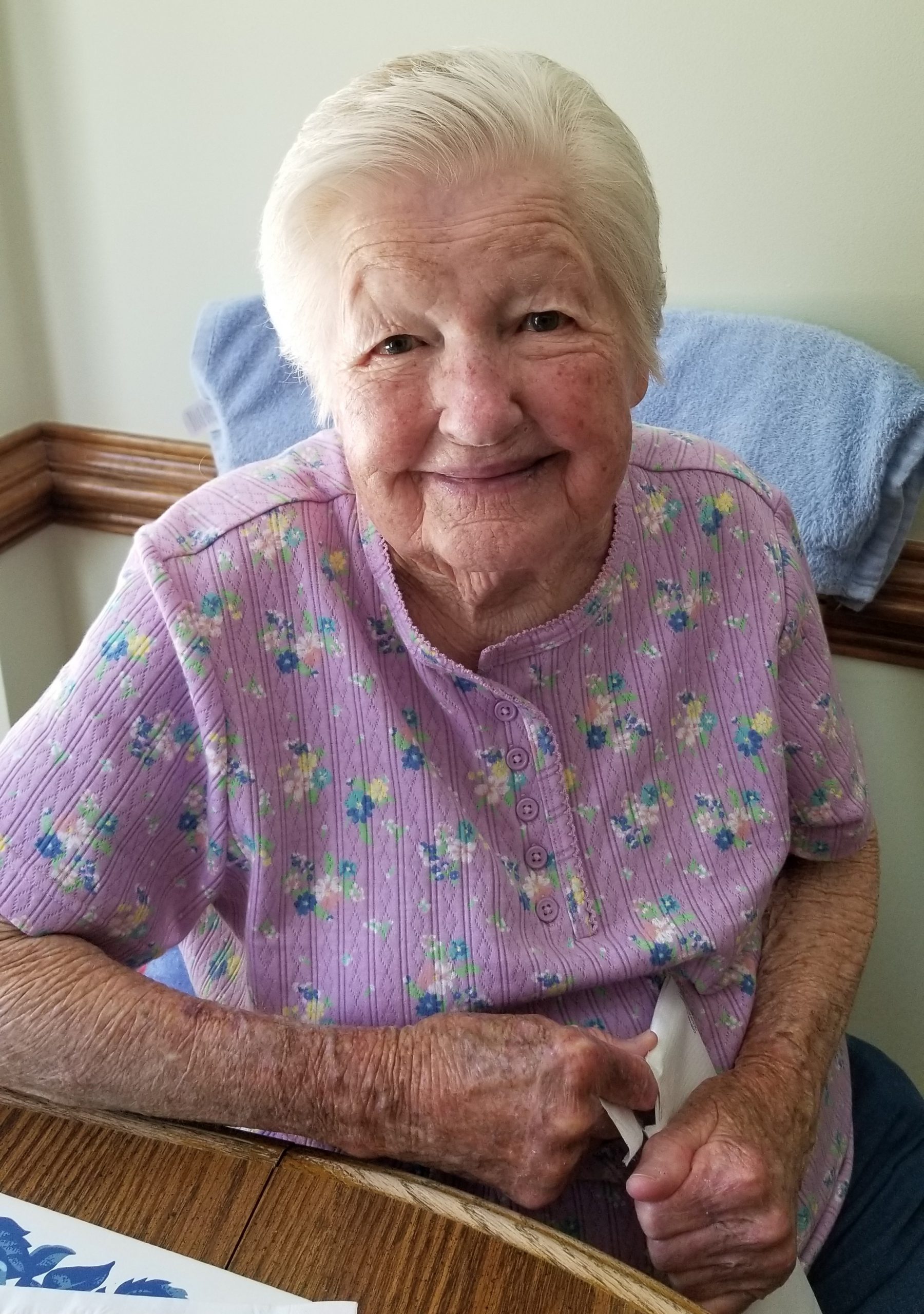 Katherine Duffey Townsend, age 92, of Chesterfield, Virginia passed away peacefully on Saturday, September 10, 2022, surrounded by family and loved ones.  She was reunited in death with her loving, devoted husband of 65 years, Willie G. Townsend; and her eldest daughter, Patricia Campbell.  She is survived by four daughters, Sandy Layne (Claude) of Charlotte County, Peggy Ray (Bryan) of Chesterfield County, Debbie Spillman (Clay) of Cumberland County, and Lisa Townsend of Richmond; as well as nine grandchildren and six great grandchildren.

Katherine was born in Charlotte County on January 1, 1930, the second of three daughters of Berkley and Nannie Scott Duffer.  After losing her mother at the age of five, she was raised by her aunt and uncle, Virginia and Joel Hudson, along with their nine children.  At the age of 17, Katherine married Willie and they began their life together, raising their five daughters first in Charlotte County and later in the Richmond area after moving there in the late 1960’s.

Katherine enjoyed visits from her family, working in her yard and home, and was known for her exceptional southern cooking.  She always had food ready for her family and other visitors.  She worked for over 20 years part-time with Chesterfield County Schools, using her talents to feed school children, and retired in 1995.

She will be greatly missed by her children and grandchildren, who will carry her memory in their hearts forever.

A graveside service will be held at 11 am on Thursday, September 15, 2022 at Friendship Baptist Church Cemetery, Drakes Branch, VA. The Reverend Dewey Barker will be officiating. The Browning-Duffer Funeral Home in Keysville, VA, is respectfully serving the Townsend family.