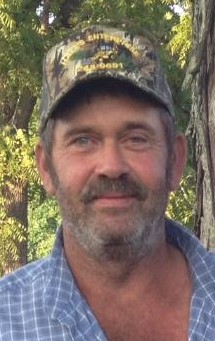 Kenneth Byron Shorter, “Kenny”, 60, of Charlotte Court House, Virginia, was called to his heavenly home by our Lord and Savior on March 18, 2022. He passed away peacefully at his home surrounded by his family.
Kenny was preceded in death by his father, Byron M. Shorter, and his brother, James N. Shorter (“Jimmy”).
He is survived by his two daughters, Samantha Smith (Neil) and Tabitha Shorter (Joey). In addition to his daughters, he is survived by six grandchildren; Kenneth Smith, Kynslei Smith, Scarlett Gibson, Berkleigh Gibson, Kadence Smith, and Granger Gibson. Also left to cherish his memory are his mother, Shirley Shorter, a brother, Timothy Shorter (“Timmy”)(Kim), four sisters, Debbie Barksdale (Kevin), Dawn Shorter, Donna Lacks (Steven), Dana Shorter (Will), a cousin, Hope Brown (Robert), numerous nieces and nephews, and a special friend, Judy Gibson.
Simply put, Kenny loved nothing more than his family. He treasured his daughters and each of his grandchildren. There was not a day when his love for them was not felt. He will best be remembered as strong, hardworking, kindhearted, honest, and selfless. Kenny loved a good laugh and warmed the hearts of many through his humor. He was a God given blessing to his family and his legacy of love will always be with us.
A graveside funeral service will be held at 11:00 A.M. on Monday, March 21, 2022, at Centenary Methodist Church Cemetery. The family will receive friends at 1616 Harvey Rd, Charlotte Court House, Virginia. In lieu of flowers, please consider donations to The American Cancer Society in his honor.
The Browning-Duffer Funeral Home in Keysville, Virginia is serving the family