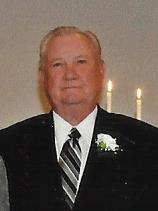 Shirley loved his family and always worked hard to take care of them. He was a tobacco and cattle farmer, as well as, a timberman, logger, and sawmill owner.  His reputation as a timberman was that he was a fair and honest man.  Shirley and Bonnie raised their children and grand-children to have a strong work ethic and to be good neighbors.  Shirley enjoyed raising a large vegetable garden and inviting neighbors and friends to come help themselves. He found great joy in seeing and having his grand-children and great grand-children around him.  This seemed especially true after Bonnie passed and his health began to decline.

Shirley was very active in his church, Bethel Baptist, in Phenix, Virginia, where he served as Sunday School teacher and director, Deacon, and on numerous committees. He also served on the Charlotte County School Board.  Shirley was a faithful servant to his Lord and Savior Jesus Christ, and he is with Him now.  Praise God!

The family wishes to thank all his friends and neighbors who have cared for Shirley over the years. They will receive friends at his home, located at 1727 Fearstown Road in Charlotte Court House, Virginia, on Thursday, May 23, 2019 from 5 pm – 8 pm, as well as, other times prior to the service.

The funeral service will be held at Bethel Baptist Church in Phenix at 11:00 on Friday, May 24, 2019, with interment in the Bethel Baptist Church Cemetery. Rev. Alan Murphy, Rev. Garry Sims, and Rev. Dan Davis will be conducting the service.  The Browning-Duffer Funeral Home in Keysville, VA, is in charge of arrangements.