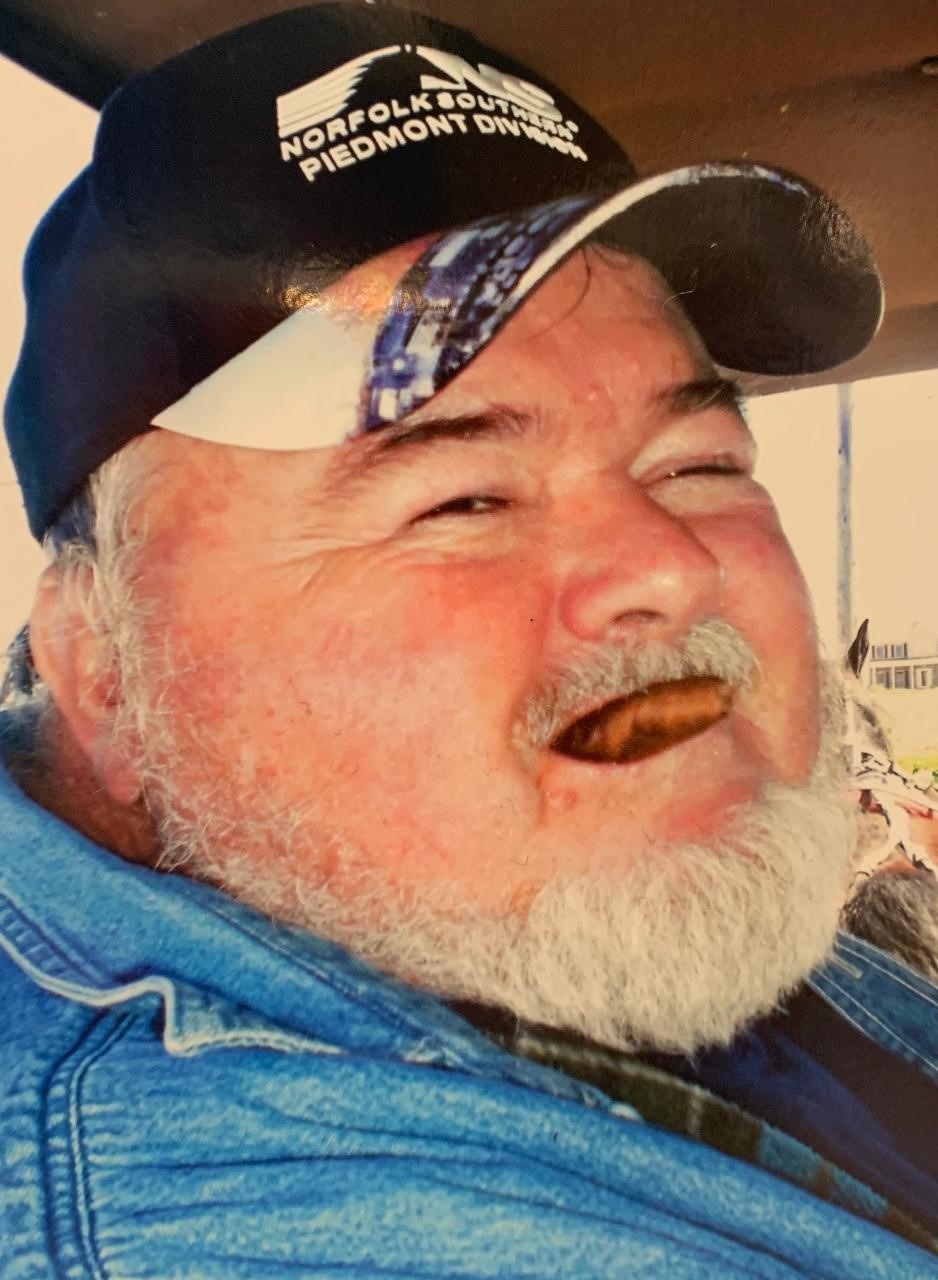 William Robert “Willie” Allen, 70, of Keysville, Virginia peacefully departed this life in the comfort of his home on Thursday, June 3, 2021. Born on July 19, 1950, he was the youngest child of Joseph Dunkley “Joe” Allen and Ida Virginia “I.V.” Childress Allen. At a young age, Willie learned how to farm and raise livestock from his family farm on the border of Charlotte and Lunenburg counties. This passion for God’s creations and family centered virtues were upheld by Willie all his life.  A retiree of the railroad, Willie served Norfolk Southern Railway for 39 years.

Willie was a true southern farmer and his iconic spirit and personality will forever be remembered with his friendly beard, loving smile, embracing hugs, and confident handshakes, all of which poured from his kind nature dressed in work jeans, t-shirts and well-loved hats. An avid tobacco connoisseur, Willie was ironically not a smoker, but a cigar-chewer. With his cigars between his teeth, Willie would operate his tractors and farming equipment on Skunk Hollow Farm, so named by his mother.

In many ways, Willie’s loving and compassionate personality emulated that of any fun-loving, carefree, lively child. This was echoed by his collection of toy farm trucks and tractors. A passionate Chevrolet enthusiast, Willie was often seen in his El Camino (just like his father) or switching from truck to truck to do errands, farm work or visits. Many of his get-togethers with friends were for breakfast and he was seen at many of Charlotte County breakfast eateries any mornings enjoying eggs, bacon, sausage and coffee.

Willie was a God-fearing, American patriot who adhered to the Golden Rule. He was well known for his generosity or helping hand. At the drop of a hat, Willie would answer any friend or kin if they needed help getting up hay, plowing, working in tobacco, checking fences, raising cows and repairing farm equipment. He never met a stranger and could be seen literally daily with his truck window down, hat on his head, cigar in his mouth, one hand on the wheel and one hand fully extended waving and saying “hello!!” followed by the persons name. He was a storyteller, always enjoying memories with friends and family, reminiscing over the “good ole days” or by sharing comical happenings.
He is survived by his wife, Elizabeth “Liz” Rakes Allen. They enjoyed 16 years of marriage, which was first arranged by Willie asking Liz’s children if he could “marry their mama”. They happily gave their approval. Willie is survived by Sarah Rakes, Shannon Rakes, Scott “Cub” Rakes and his fiancé Carlie Gearon as well as a pack of “grand dogs”.
Willie leaves behind a sister, Jenny Lou Newcombe and a nephew Shane Newcombe of Randolph, Virginia. He will be remembered as a beloved husband, stepfather, brother, uncle and friend.
A memorial service will be held at 10 am., Thursday, June 10, 2021, at the Browning-Duffer Funeral Home in Keysville, VA.  Memorial contributions can be made to the Keysville Fire Department. The Browning-Duffer Funeral Home in Keysville, VA, is serving the family.
Share on FacebookShare on Twitter