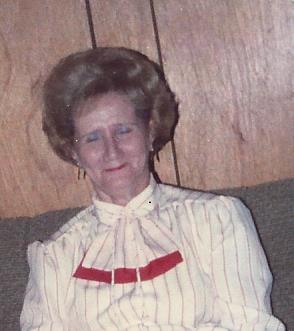 Ella Mae Dix Eggleston, 92, formerly of Keysville, VA; born October 14, 1924, went to be with her Heavenly Father on Saturday, July 1, 2017, at Radford Health & Rehab in Radford, VA. She was preceded in death by her parents, Alonza and Rosa West Dix; two brothers Ed and Ernest Dix; a sister, Alice Dix Rutledge; and the love of her life her husband, James Robert “Boonie” Eggleston. Ella is survived by her son, Robert Allen Eggleston and wife, Sarah; two special granddaughters, Celie and Hollie Mae Eggleston all of Radford, VA; one grandson, James Adam Eggleston; one great-grandson, Mason Hernandez both of Keysville, VA; three sisters, Mildred Foster of Keysville, VA, Bessie Raines of Roanoke, VA, and Margaret Harris of Chase City, VA; and several nieces and nephews.