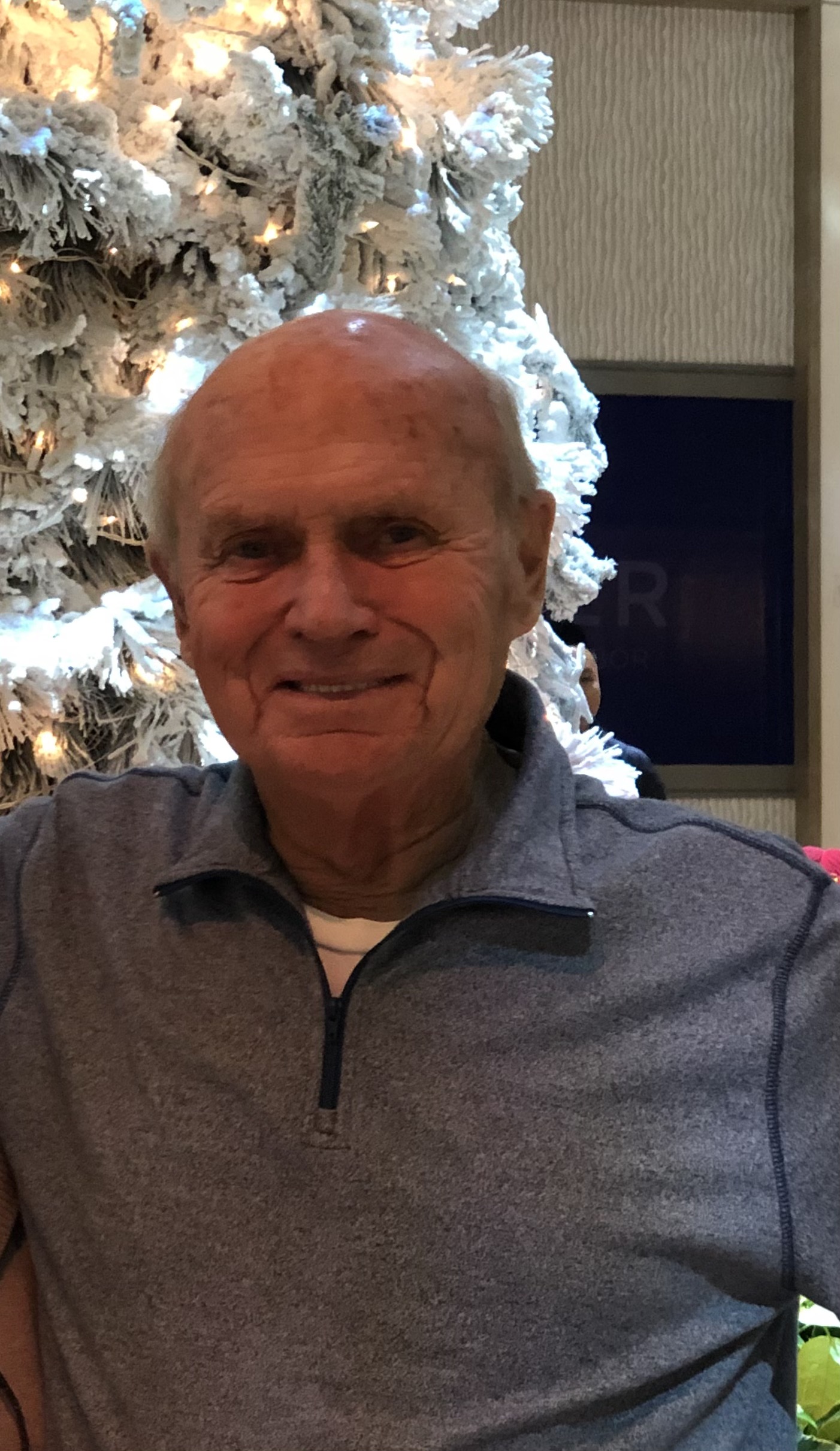 Wade was born on September 18, 1939, to Lt. Colonel McLean Hampton and his wife, Rose Hampton.

He is survived by his wife, Mildred “Susie” Hampton; his daughter, Rosemary L. Hampton and husband, George W. Islip,III; a sister, Lois Edwards; a brother, John R. Hampton and his wife, Bobbi Jo; and numerous nieces and nephews.  Holding a special place in his heart, Dr. and Mrs. Locke A. Taylor and Mrs. Loretta Reardon.

Wade was a member of Sacred Heart Catholic Church in Meherrin, faithfully performing many duties at the church.

Wade was a true gentleman who loved his family and friends.  Wednesday night dinners with his special pals, The Romeos, was an occasion not to be missed.  He was an active member of Briery Country Club, where he enjoyed golf and all social events.

He served in the United States Army, 101st Airborne Division.  After leaving the military, Wade was employed with the Henrico County Fire Department for 34 years.  At the time of his retirement, he had risen to the rank of Battalion Chief.

Visitation will be held on Tuesday, February 22, 2022, from 6:00pm-7:30pm, at the Browning Duffer Funeral Home of Keysville, Virginia.

Funeral Services will be held on Wednesday, February 23, 2022, at 11:00am, at the Sacred Heart Catholic Church in Meherrin, Virginia. Internment to follow in the church cemetery.

Donations may be made to the Sacred Heart Catholic Church Cemetery Fund or Southside Virginia SPCA. The Browning-Duffer Funeral Home in Keysville, VA, is in charge of the arrangements.